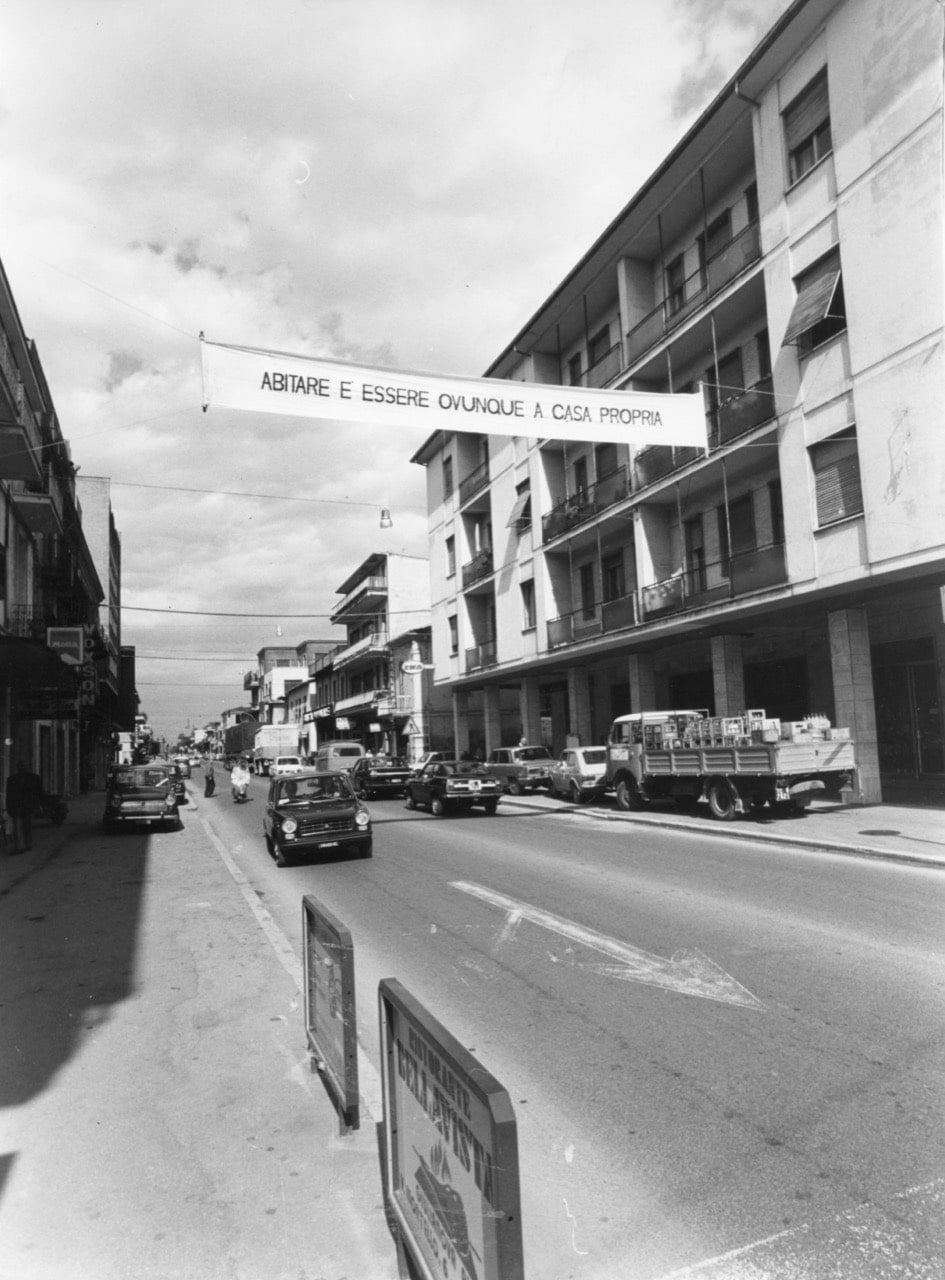 The relationship between the interior and exterior of man-made environments, and the many implications that govern our way of inhabiting contemporary towns and cities, is the main theme of the retrospective exhibition dedicated to Ugo La Pietra. Born in Bussi sul Tirino and Milanese by adoption, La Pietra – an eclectic figure always on the borderline between languages ranging from art to radical design, passing through architecture – has, since 1962, developed an approach aimed at clarifying and defining the relationship between the individual and the environment. One of the most important examples of lucid reflection on the critical aspects and the potentialities of the urban environment, his proposals for the alternative use of everyday spaces still represent an inexhaustible source of inspiration for new generations of creative people.
The theories and experiences of the historical avant-gardes regarding the fusion of art and life form the backbone of his work in which the thought of art becomes the place of participation and the promise of emancipation of a community to come, involving ethics, aesthetics and politics.

The exhibition, curated by Massimiliano Scuderi, presents a large selection of works by the artist and architect from the 1970s to the present day. In addition, in the garden of the Fondazione Zimei, starting at 9 pm on the same day, it will be possible to see the film “Riappropriazione della città” (Reappropriation of the city), presented in 1977 by Ugo la Pietra at the Centre Pompidou in Paris, in which he attempted to demonstrate how we can reappropriate ourselves of the city by means of behavioural and mental operations. An attitude that leads his work back to a situationist matrix in which we can hear the echoes of certain theories of creative subversion in everyday life such as those expressed by Michael De Certau or Jacques Ranciere. Interventions aimed at the reappropriation of urban space as a personal living space. Already by the second half of the 1960s, as he himself declared in an interview, various artists began to operate outside the art system. It was then that operational horizons opened up, the result of reflections on a theory of the artist’s work in the social sphere, outside institutions and galleries… The idea was to work inside the social sphere, seeking the instruments to bring out its contradictions.

The exhibition will remain open until 2 September and visits are subject to the restrictions imposed by Covid rules. Booking is required.