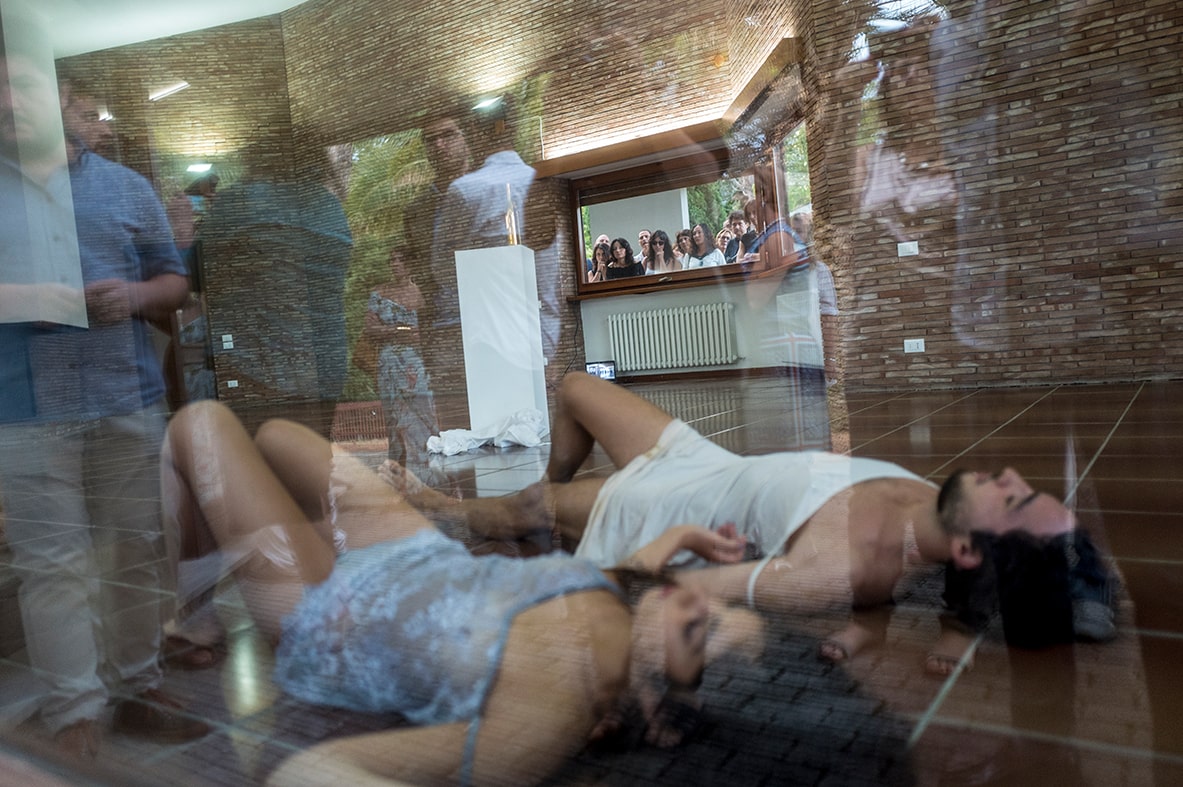 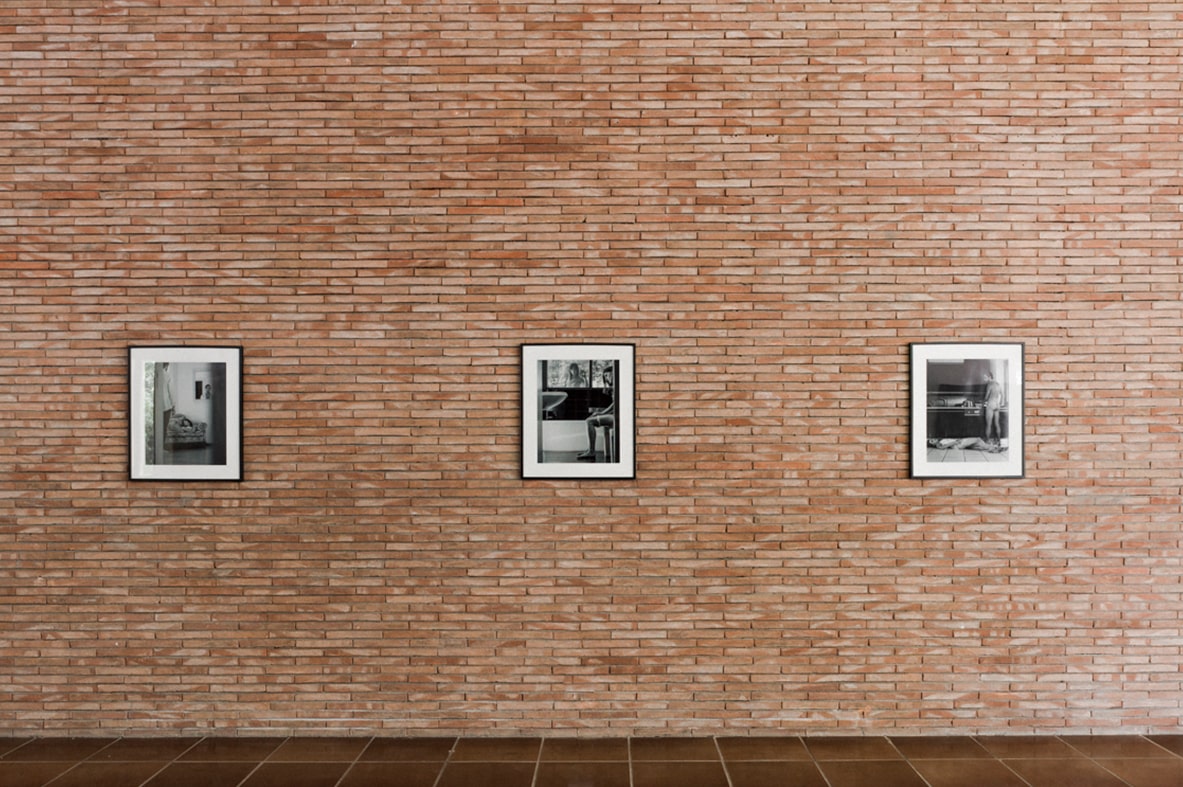 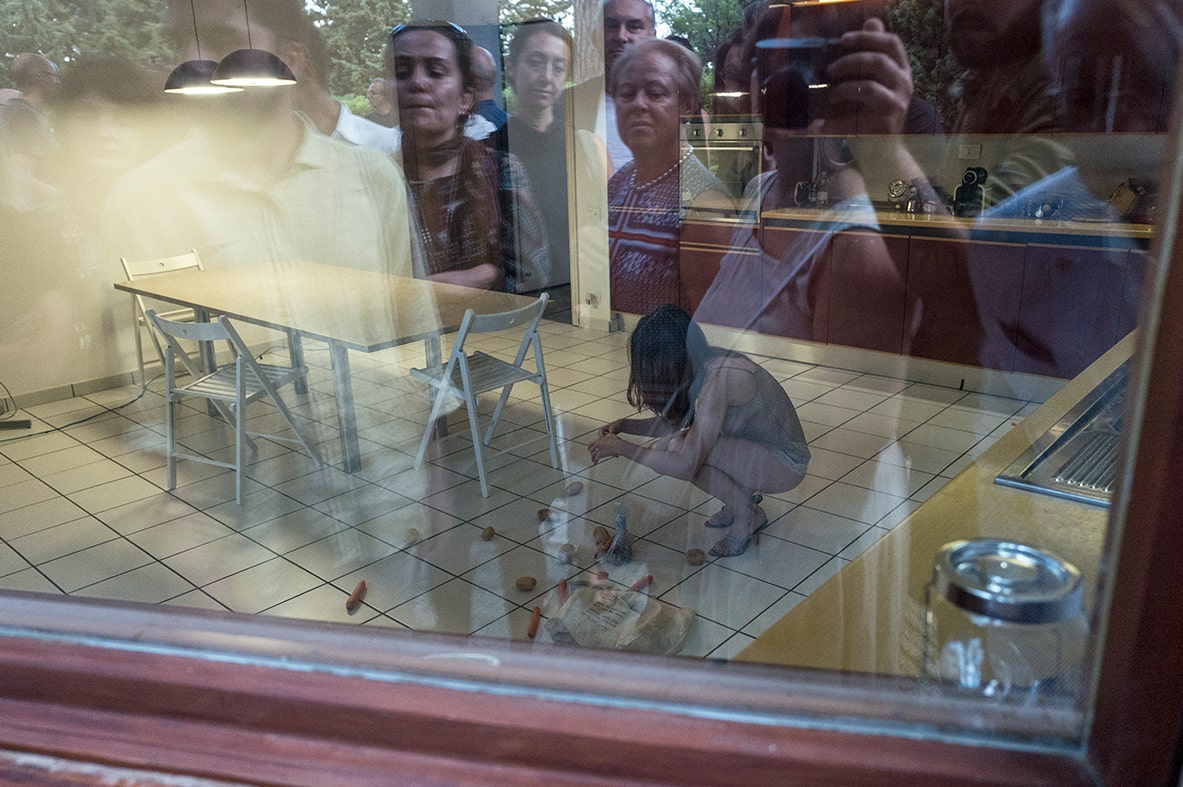 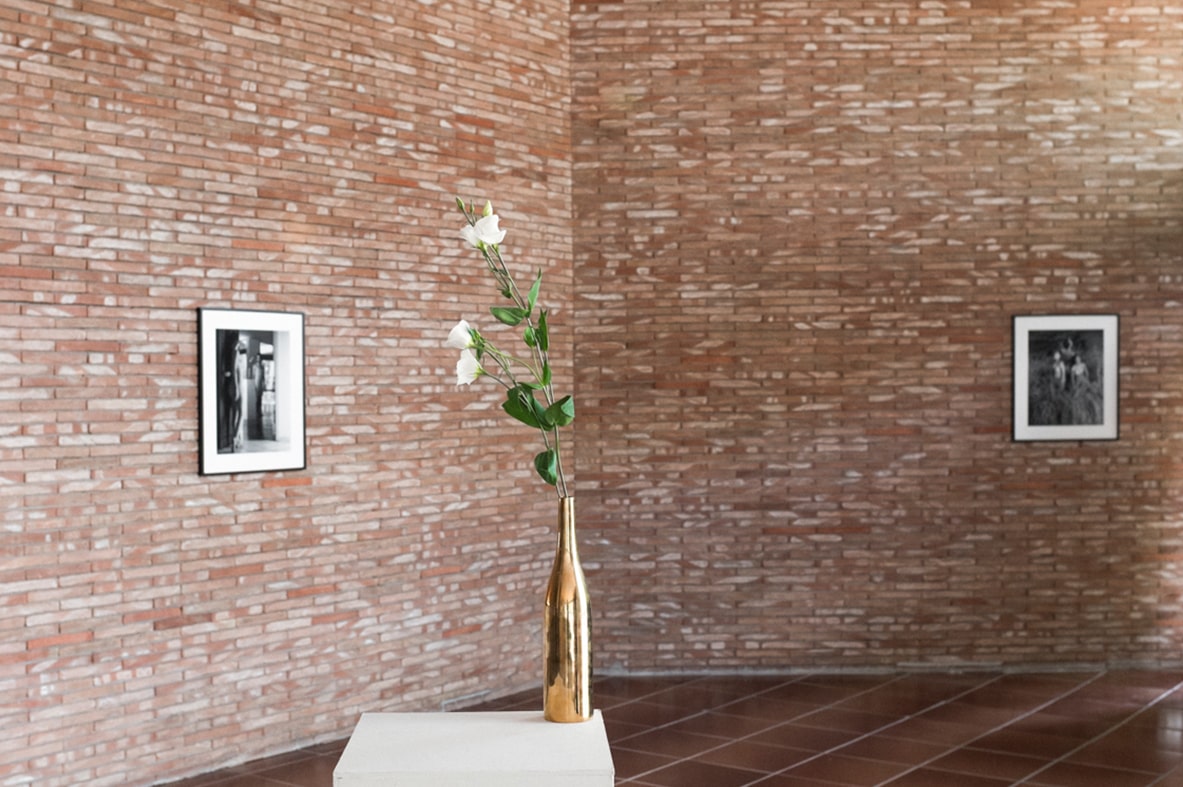 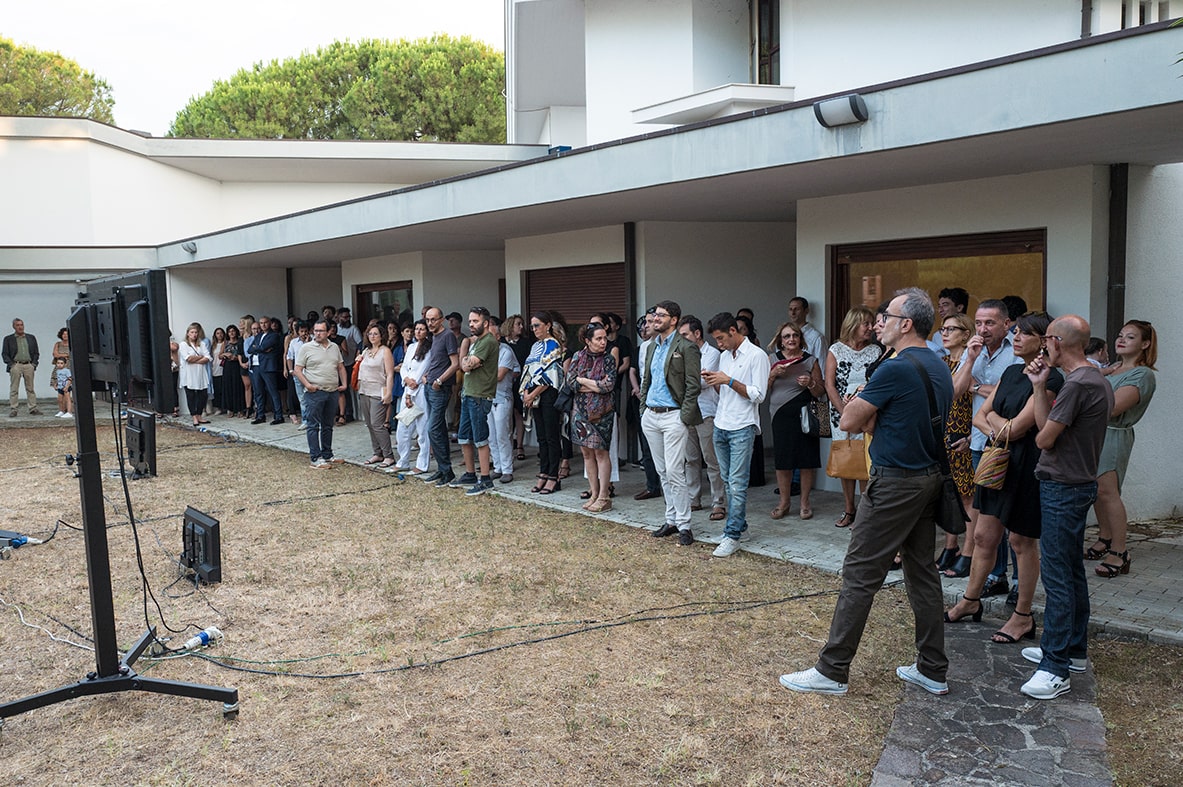 Before we get this far

Noritoshi Hirakawa, born in Fukuoka in 1960 and resident in New York since ’93, is the new resident artist at the Zimei Foundation. The exhibition, which follows the artist’s stay in the building, is entitled “Before we get this far” and the curator is the artistic director of the foundation, Massimiliano Scuderi.

Choreography deals with social psychology issues or the aspects that regulate relations between individuals in contemporary society. In fact, Hirakawa builds situations in the form of dances or performances that explain human behaviour in terms of interaction between mental states and immediate social situations. In particular, through the actions and behaviours of his players, he discards the commonplace and the taboos related to the intimate sphere or the relationship with the body and nakedness.

Hirakawa believes that human activity determines the form of culture in which we live. His research aims at extending the capacity of human perception to favour this culture. In this framework, he is pushing the boundaries of perception, altering aesthetic views for the future. As Jean-Luc Godard said, it takes two people to make an image, and this is why the spaces and architecture of the Zimei Foundation become the devices through which, at various levels, people, the public and the choreography performers are brought together, in what is an interplay that links the parts between the inside and outside of the exhibition space, through a complex language combining performance with video, cinema and photography.

Hirakawa’s world develops around a movie memory. His works bring to mind the spatiality of Antonioni and Godard, the intricacies of Truffaut, Chabrol and Bergman, in an emotional ‘sequence plan’ wherein small movements are the expression of never-before-seen impulses, hateful memories, loves and desires that insinuate themselves, putting onlookers in an empathic and participatory situation beyond superstructures and social constraints.

His works have been exhibited in over 300 occasions in museums, art centres and galleries around the world, including the Venice Biennial, the Istanbul Biennial, the Santa Fe Biennial, the Modern Kunst Museum in Frankfurt, the Pompidou Centre in Paris and the PS1 Museum in New York, among others. He has worked alongside various artists in other fields, such as poets, musicians, choreographers and architects, and presented his works at the Das TAT in Frankfurt, Danse Montpellier, the Cartier Foundation in Paris and at the University of Toronto.