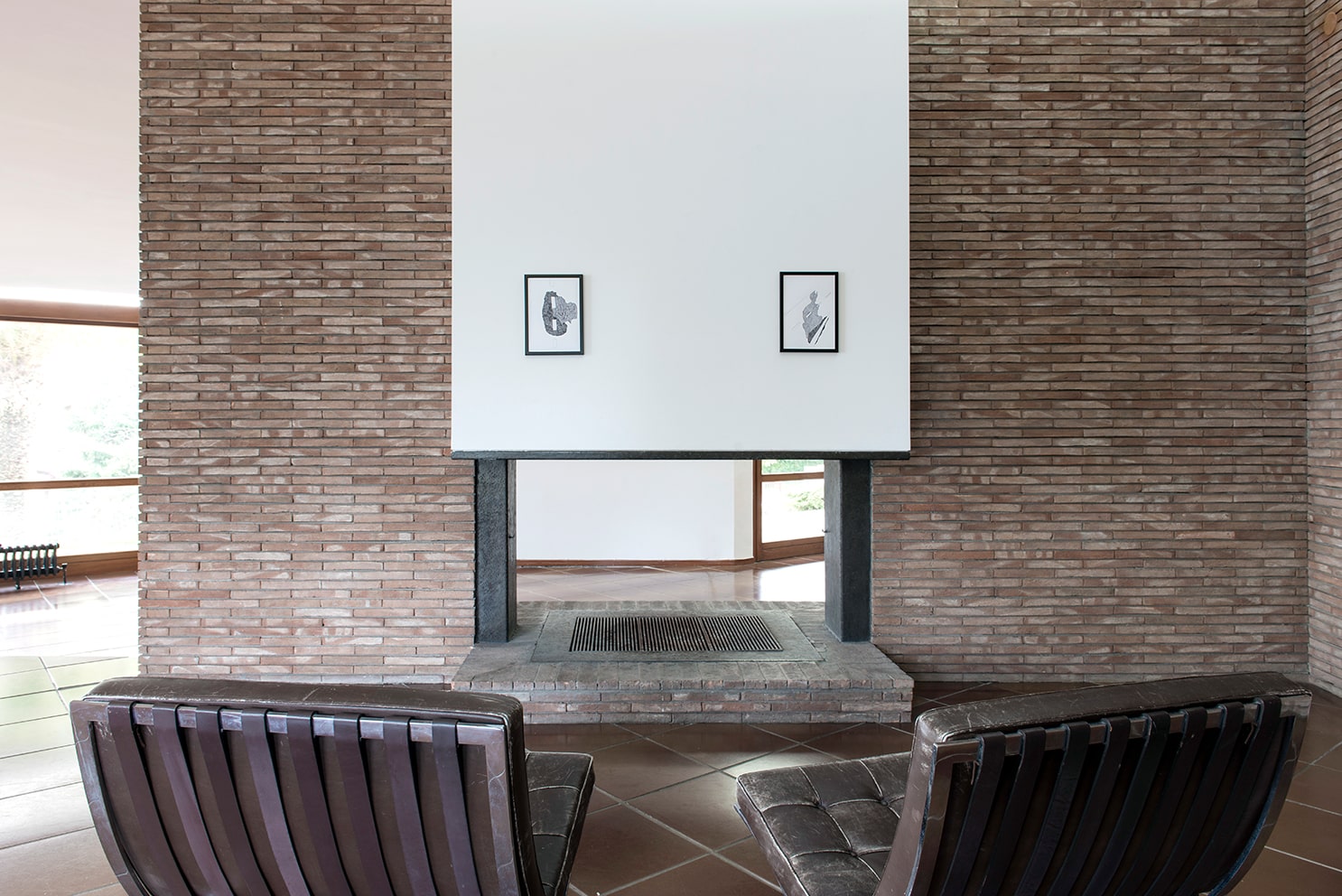 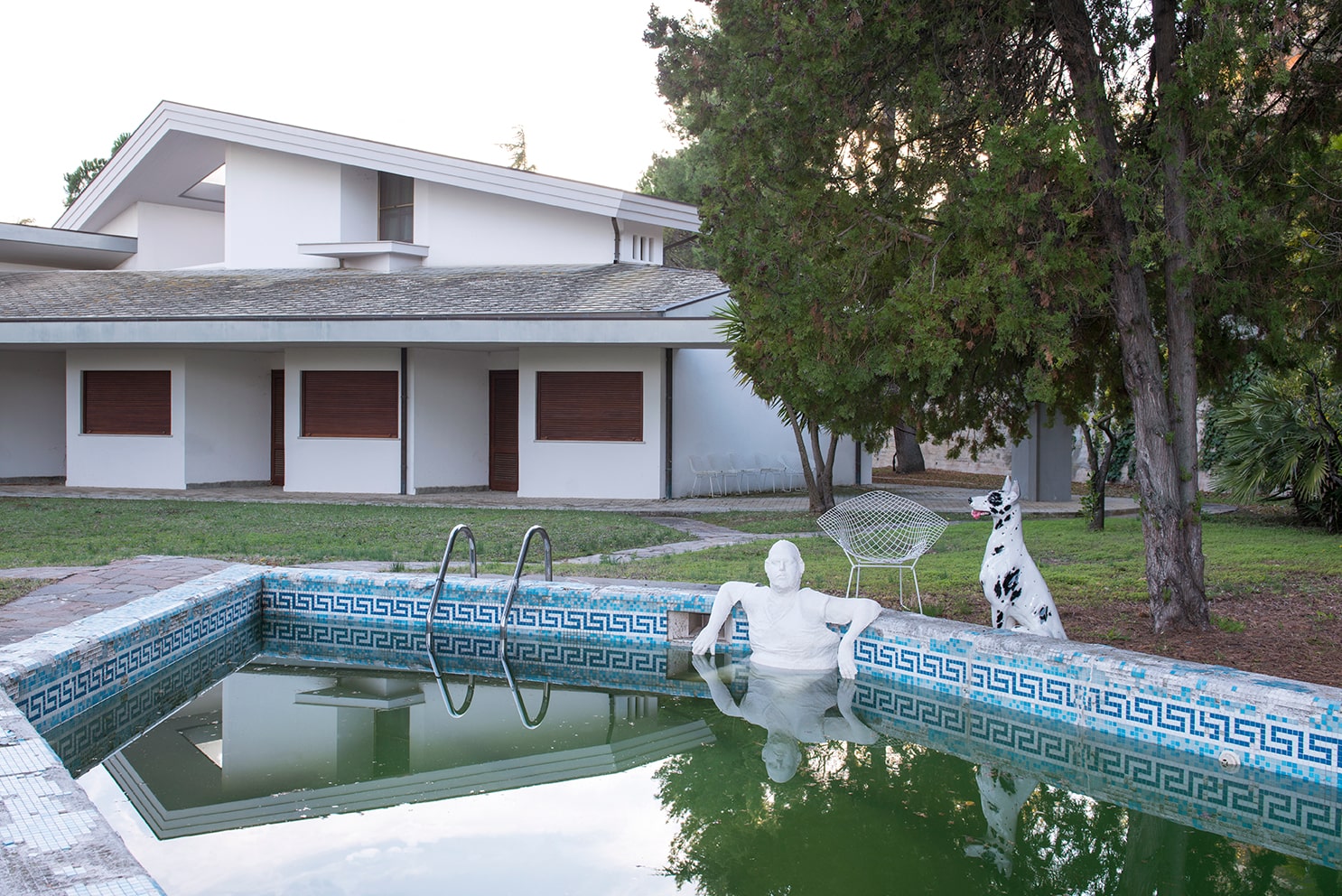 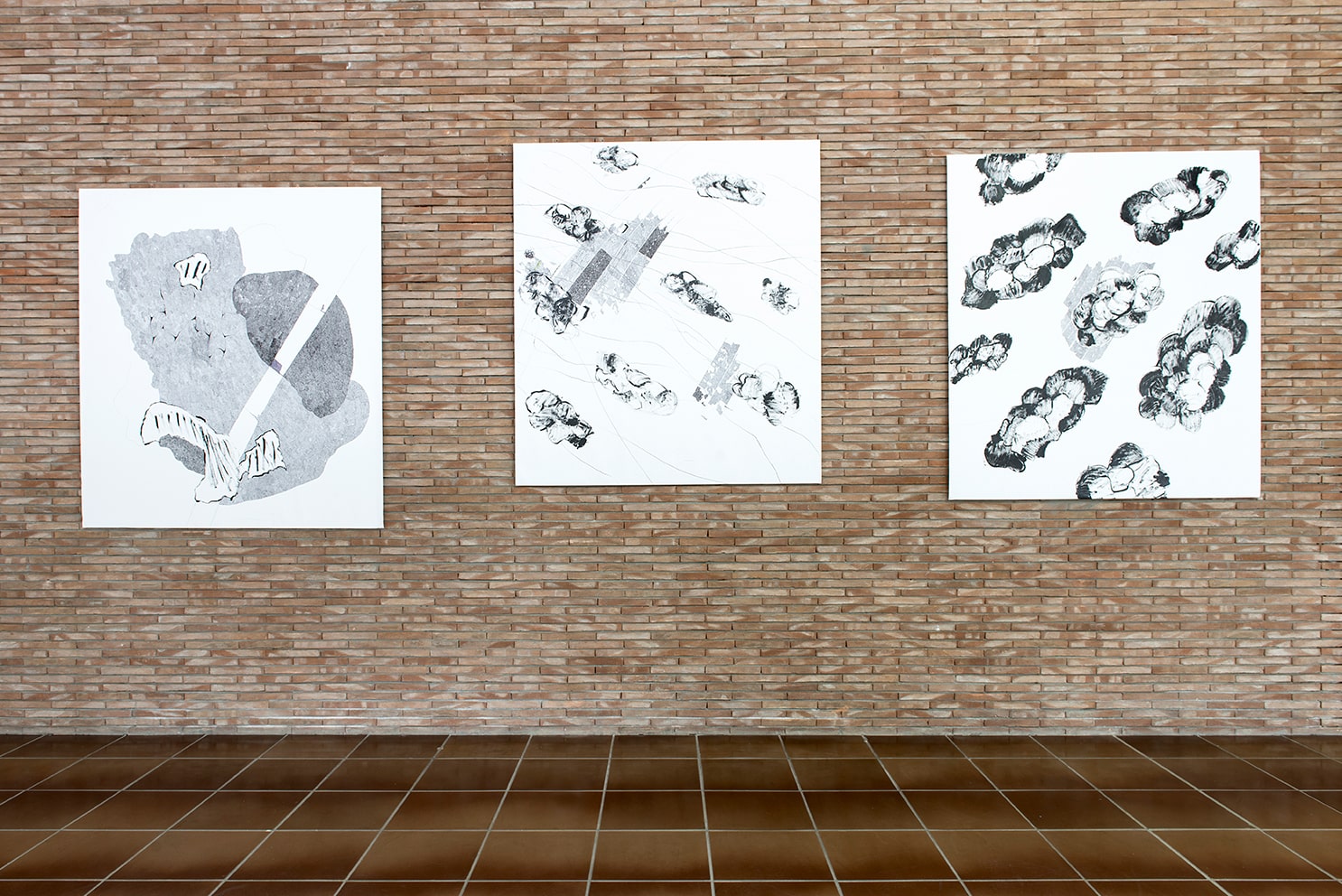 Through this solo exhibit, Marco Pio Mucci carries on his personal quest to portray himself. Bewitched by the architectural elements of the Fondazione Zimei, he develops an empathic understanding of, and connection with, this place.

Marco Pio Mucci is an artist who was born in Benevento, in 1980. After moving to Milan, he enrols at the Accademia di Brera and in those very years, together with some friends of his, he creates a group called Armada. With them, he organises group exhibitions and not only, thus giving birth to one of the most dynamic and interesting realities in the panorama of Italian artist-run spaces.

In his works what can be seen as an autobiographic tale often carries the rhythm of some generational biographic occasions, actually, as well as the rhythm of thoughts reached within shared communal experiences. His drawings recall the ‘wild materials’ of some 1970s and 1980s artistic productions, like those described by Pier Vittorio Tondelli, exegetist of the juvenile and underground culture characterising those years.

However, this author does also experience an epic dimension, probably inspired by great men in History, emperors, philosophers, saints and artists whose biographies he often enjoys reading. Interestingly, Marco Pio Mucci’s self-portrait, a mandatory path to follow for every artist, becomes a narrative vehicle that does not speak in the third person, but it emphasises, with a benevolent smile, the dialectics between his figure, meant as plastic volume, and the exhibition contest. Some of the details of his sculptures represent the objective correlative of a process of symbolic aggregation, actually reached through the sharing of creation with the specific environment of the action.

His choice to use the comics language allows him to develop a space where to work freely, as it happened in the 1960s to many artists who used writing as preferential means of expression compared to conventional languages and contexts. Thus, the comic strip becomes a space where to work independently from the traditional system of art production and exhibition.

In this circumstance they will be exhibited works specifically thought by the artist to suit the Fondazione Zimei spaces and architecture; in addition, it will be presented the second volume of the comic strip Dismay (Sgomento in Italian), entitled O Tauto. This last is a book object in which the impetuosity of the past sublimates in negative drawn boards, stratification of asphalts and religious symbols.

The exhibition is curated by Massimiliano Scuderi, Fondazione Zimei artistic director and it carries on a program based on international residences.

The exhibition can be seen by appointment up to 28th November 2017.